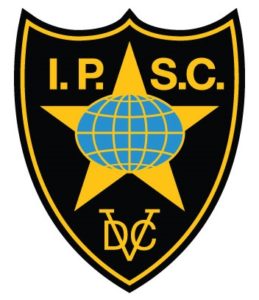 The International Practical Shooting Confederation (IPSC), was founded in 1976 at the Columbia, Missouri conference called to order by Jeff Cooper, Ray Chapman, and other shooting notables of the day. The first set of IPSC rules covered but a single typewritten page. 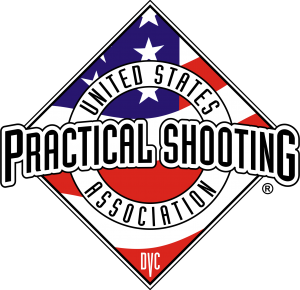 USPSA was formed as the US Region of IPSC.  The IPSC rulebook was used along with an addendum of USPSA differences. 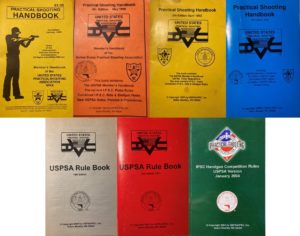 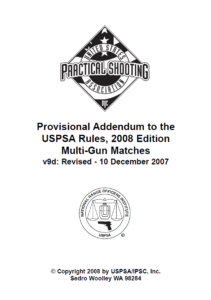 The USPSA Multigun Rules were introduced in 2004 as an addendum to the USPSA rules.  Prior to that, traditional three gun matches were combined scores from separate handgun, rifle, and shotgun matches.  The separate matches were run under the Handgun or Rifle and Shotgun Rulesets and then the scores were combined.  It wasn’t until the multigun rules were created that more than one firearm type was used on a single stage and all firearms were used in a single match. 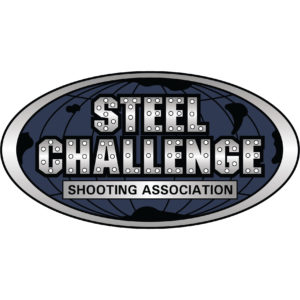 USPSA purchased the Steel Challenge Shooting Association from Mike Dalton and Mike Fichman.  SCSA has a separate rulebook from USPSA.  USPSA membership is required to be a member of SCSA and allows members to compete in both disciplines and track classification scores. 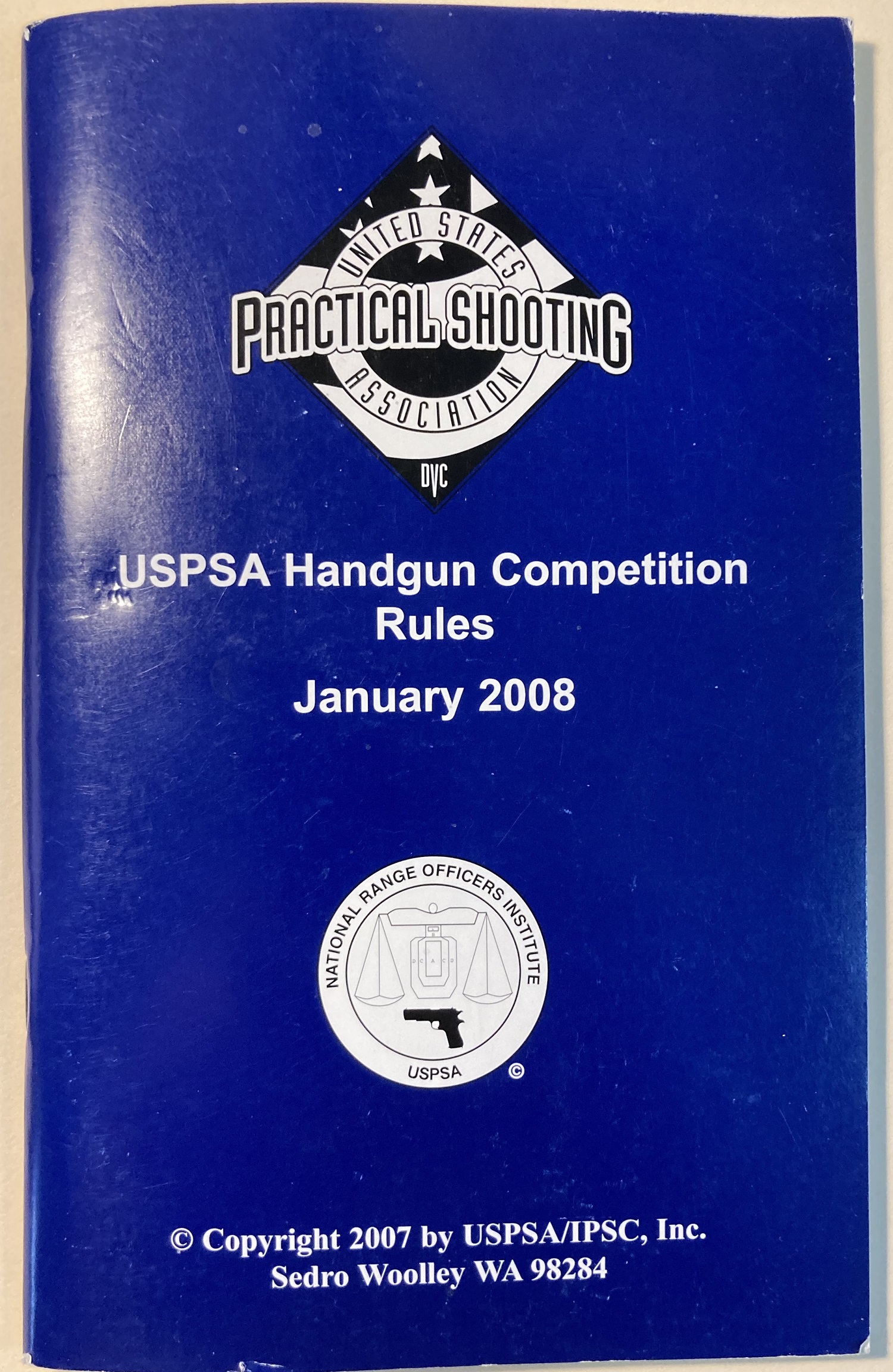 Previous editions of the rulebook were not generally considered to be user-friendly. The international (IPSC) rules had evolved over time to address a variety of global concerns. USPSA had agreed to honor those rules while integrating USPSA-specific “clarifications“ in an indented and different type face, into the text of the IPSC rulebook.  In 2007, an agreement was made with IPSC for USPSA to have a separate rulebook from the IPSC rulebook.

In 2008, the first USPSA rulebook was published and included the USPSA clarifications incorporated into the text of the IPSC rules to form the USPSA rules.  A number of other rules were updated to reflect past interpretations and to address the dynamic needs of the sport.  In addition, an effort was made to clarify wording which had become muddled over the course of earlier changes.  As a result, the rulebook was now somewhat easier to use and less confusing to the novice shooter and range officer. 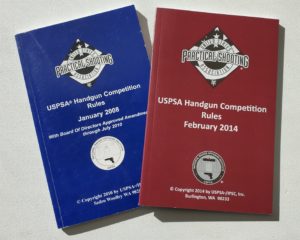 Ever since the 2008 USPSA rules were published, rules updates have occurred as needed via rulings with USPSA Board of Directors approval.  Periodically, USPSA would incorporate the rulings into the printed version of the rulebook, but the list of rulings was often in a separate document from the rulebook. 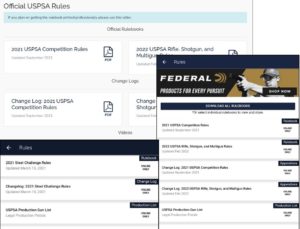 In January 2019, USPSA moved to an ‘evergreen’ rulebook that is updated as rulings go into effect versus maintaining a separate list of rulings along with an out-of-date printed rulebook.  When the rulebook is updated, it is announced to members using multiple communication forms such as email, the USPSA Magazine, and social media.

The current rulebooks are available to download as a PDF (USPSA and SCSA), within the USPSA and SCSA mobile apps, and members can order a printed copy from Amazon.